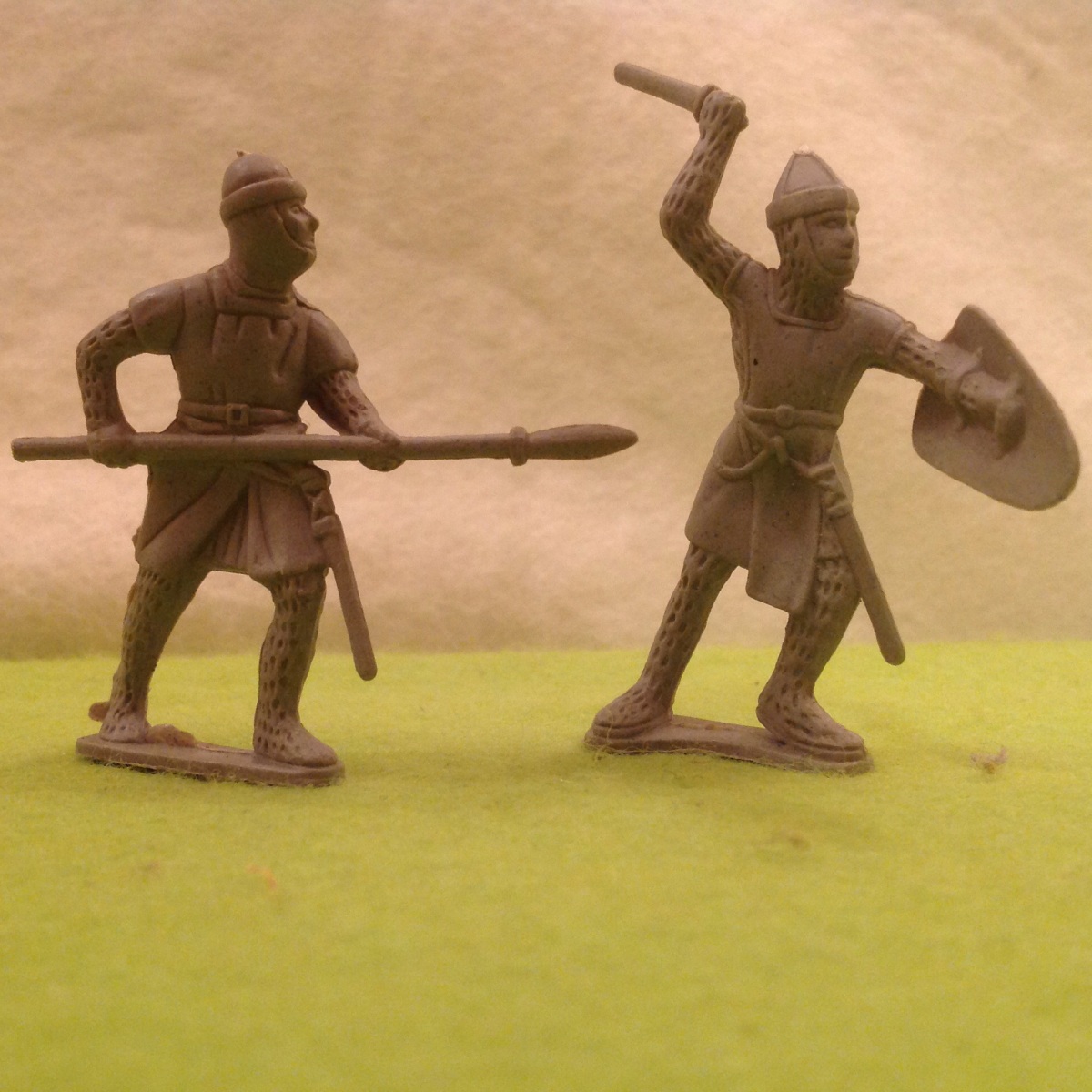 What I like about these very cheap Chinese made Knights and Warriors is the almost Bayeux Tapestry stitched or outlined cartoon style of them. 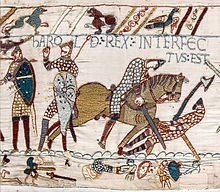 The Bayeux Tapestry, arguably one of the world’s first strip cartoons or graphic novels since the days of the Egyptians. 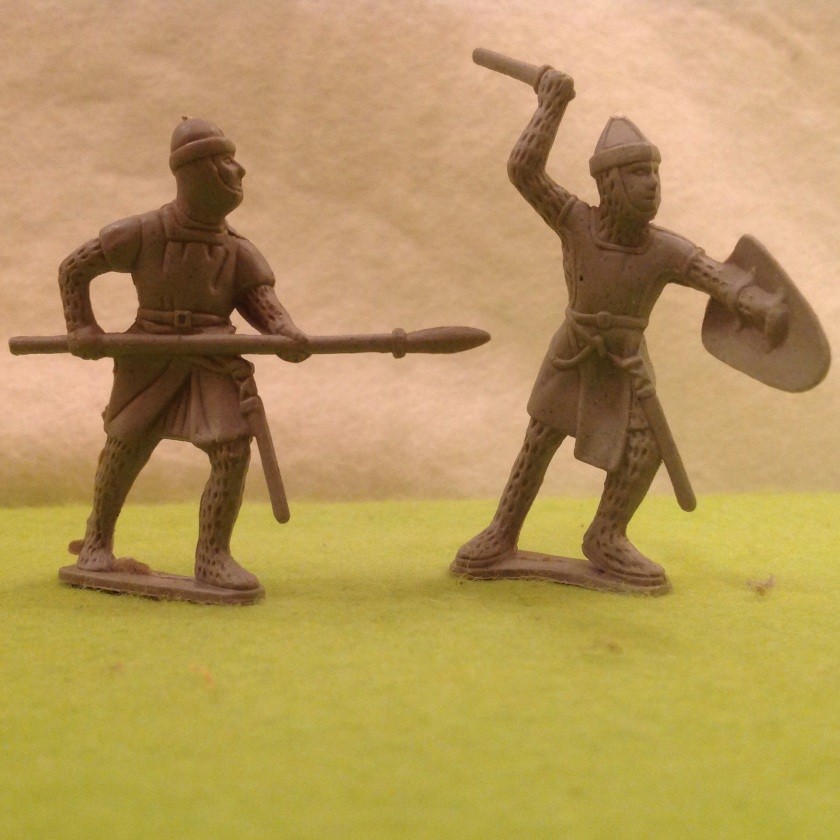 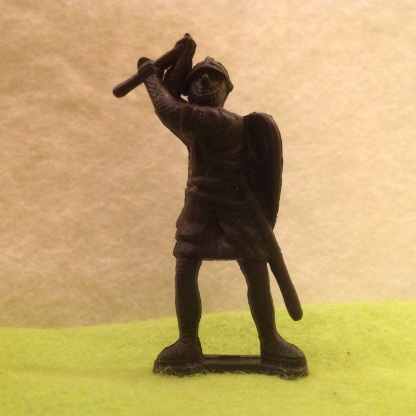 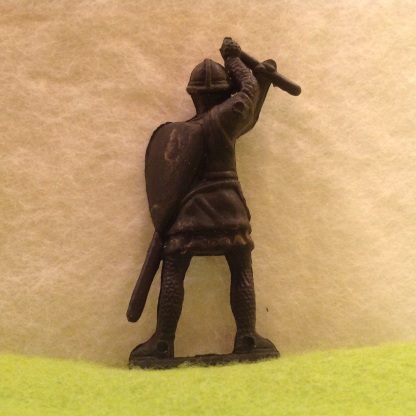 All sold as Jumbo Knights and Warriors, mixed in with some Generic Knights … 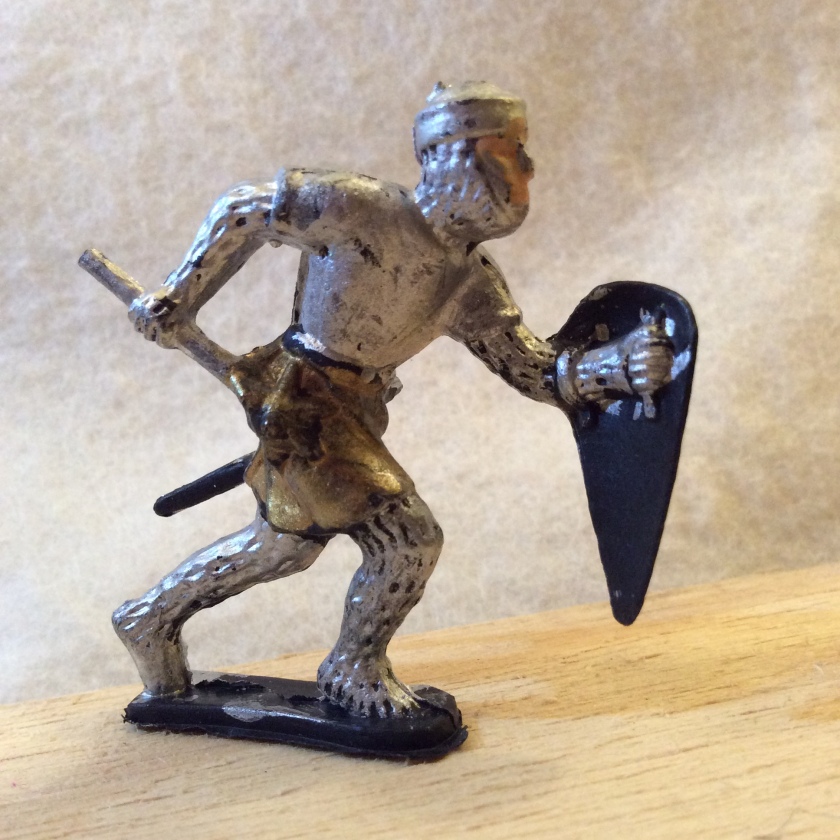 and a weird Greek heroic figure for good measure. Good for fantasy games. 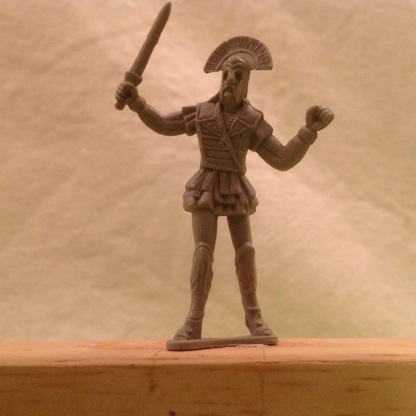 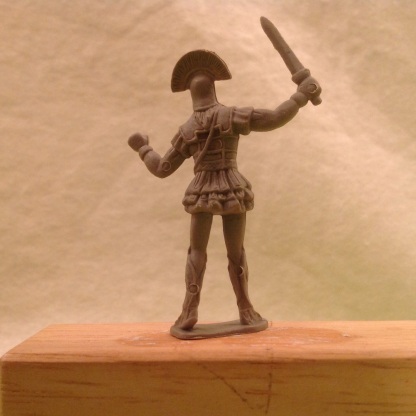