Childishly delighted to discover that Airfix are rereleasing six of its classic 1:32 54mm plastic WW2 infantry and paratroop sets for Germany, Britain and America – the toys of my childhood available again – preorder Summer 2021

Interesting to have the original figures available again – many of the poses of German or American Infantry and British Paratroops are commonly found pirated, copied and cloned for Pound Store and seaside plastic toy soldier play sets.

and as they shrink, deform and de-evolve into newish figures, useful as stylised generic cheap figures for paint conversion. 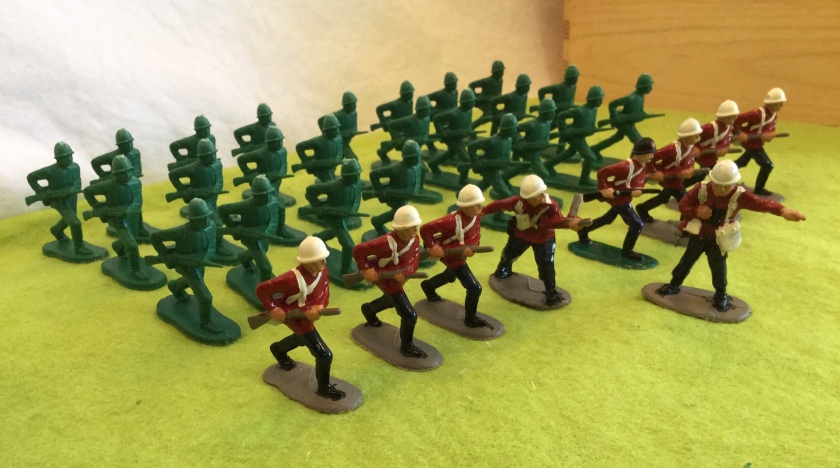 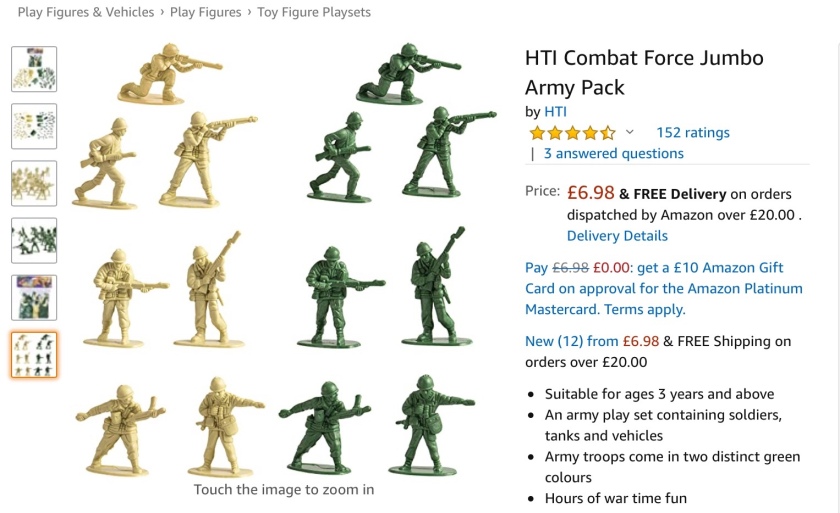