About 25 years ago I painted these cheap Pound Store copies of Airfix 54mm Cowboys and Indians into a home-made DIY western play set. It was made as a jokey present for a western movie enthusiast daughter of a work colleague. This was recently passed back to me 25 years later for safekeeping.

I was reminded of this DIY Wild West Vintage playset box by a recent American chart topping song. I also thought of this box whilst researching my recent scouting related blogpost on segregation and the idealised, romantic Native American cultural influences on early Boy Scouts Of America as part of my Scouting Wide Games tabletop project. https://manoftinblog.wordpress.com/2019/08/10/more-original-scouting-handbooks-boy-scouts-and-girl-scouts-of-america/

The Wild West. Independence. The Frontier. These are the seductive and selective histories and stories that countries tell about themselves, to their young and to others. The pioneers, the frontiersman, the noble savage …

Warning – It is the perfect earworm and in crossing two distinct genres of music has caused controversy and divided musical opinion. Is it Country and Western? Is it hip hop or rap?

Controversy? “Cyrus sent a tweet to Lil Nas X after Billboard decided that the rapper’s song, Old Town Road, was “not country enough” to be on its Hot Country chart. Billboard said the song “does not embrace enough elements of today’s country music to chart in its current version” despite its twanging banjo. The removal of the song sparked a fierce debate — white country artists like Florida Georgia Line use hip hop beats in their songs, why can’t a black artist embrace country beats?“

So Billy Ray Cyrus stepped into the remix and the music video ‘movie’ to make it a little more country. 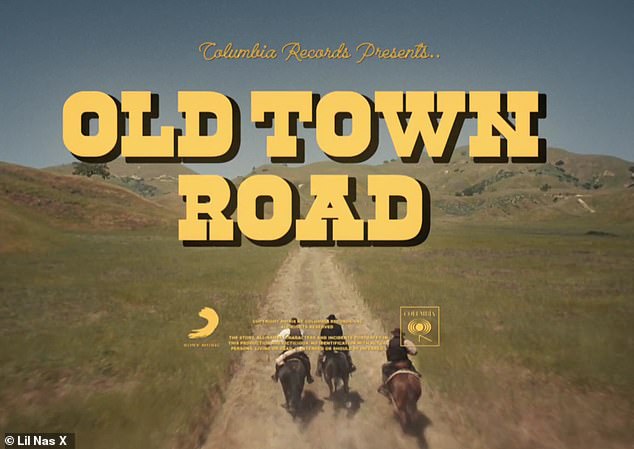 I like the tongue-in-cheek western movie pastiche that was made as the music video. It features black cowboys in 1889 falling through time into the blingy 2019 modern equivalent of fast cars in place of horses, line dancing, designer label cowboy hat and boots.

What it suggests about the reality of cowboy life is quite interesting – many cowboys were in fact Black or Hispanic. Not quite the rugged Hollywood 1950s myth making.

Classic and much pirated / copied Airfix figures, still around today in clone form.

I packed inside this all into an old decorated shoebox with their favourite cowboy novel and a simple set of rules for gunfights (roll a dice or split a card deck – highest value wins) or decided via using scissors / paper / stone. Each cowboy and Indian (Native American / first people) had a name on the base of famous historical or western movie characters. (Subrule – Clint always wins). I wonder if the gunfight rules were ever used quietly when no one else was looking?

I wonder – Where have all the cowboy movies gone?

The Old Town Road song has inspired some curious and destructive tourism in the USA:
https://www.standard.co.uk/insider/living/lil-nas-xs-old-town-road-sees-street-signs-for-the-real-place-hacksawed-and-stolen-by-fans-a4212286.html

Billy Ray Cyrus mentioned in interviews – “I’ve never had a writing/recording session like this,” 57-year old Cyrus said in a video. “I used to play as a kid in this town called Argillite, Kentucky and there was an old, covered bridge outside Argillite called Old Town and there was the road that led to the covered bridge was Old Town Road. I heard this song and I go my gosh I just love what this is saying, plus I can relate to this.”
https://www.news.com.au/entertainment/music/billy-ray-cyrus-new-song-with-lil-nas-x-old-town-road-goes-viral/news-story/378b541ba26900aacac78a0ba278d197

For more about this song and its controversy https://en.m.wikipedia.org/wiki/Old_Town_Road

Part memory or part myth, maybe lots of people have their own Old Town Road in their heads. It all makes me want to to go look up my favourite photo blog of vanishing Americana, Forgotten Georgia https://manoftinblog.wordpress.com/2017/07/04/dutchy-and-dade-the-confederate-history-of-forgotten-georgia/

Back to the earworm … 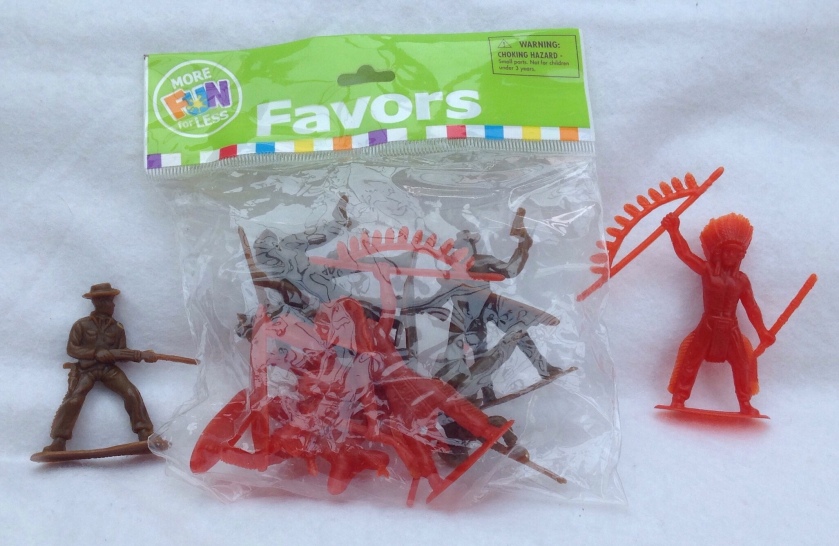 They were ordered online from a UK “party favors” shop, an interesting but sometimes expensive place to find plastic figures.

I look forward at some point to painting these in Gloss toy soldier style.

Last year the same row of seaside shops that yielded ‘space marines’ was empty of anything new:

This year some other shops were smaller or semi-closed for retirement. A few less suppliers of plastic tat …

No doubt when the current crop of pound store figures disappear from the shops I will regret not stockpiling more of them on the pound store plastic mountain.

I was surprised to see Cowboys and Indians (or Native Americans) retitled “Western Adventure” but these were (similar to) sets that I already have stockpiled for a rainy day from several years back.

I bought several sets about 5 or 6 years ago  more for the useful slightly below scale waggon and useful Britain’s lead style plastic palm trees than the pirate ‘China made’ clones of the Airfix Cowboy and Indian figures.

What was inside was well worth the £2 it cost a few years ago. A good starter pack for an imaginative child of any age!