I have finished the last gloss varnish of the 54mm new BMC Plastic Army Women in the guise of the Women’s Revolutionary Army of Parazuellia in time for FEMBruary’s end.

Gloss varnish finish for khaki and olive drab figures is a matter of taste. I wanted to achieve that gloss shiny toy soldier look, complete with cheek dots as if Britain’s or other hollowcast figure makers had carried on production past the early Sixties. Gloss varnish also protects the paintwork from the rough and tumble of the garden or the game table.

As these are Revolutionary forces from the Parazuellian ImagiNation of Central or South America, I am using darker than normal skin tones for these women. Usually when I paint darker skin tones, I use a gold or copper cheek dot, rather than flesh pink. Cheek dots add toy soldier style and some definition or highlights to the face.

I photographed them first on a white background outdoors.

Some shots taken outside show the wider range of random olive drab, khaki and green grey uniforms of these Revolutionary forces, along with the Red scarf. All paints are matt or gloss Revell Aquacolor Acrylic with Humbrol gloss spray varnish. 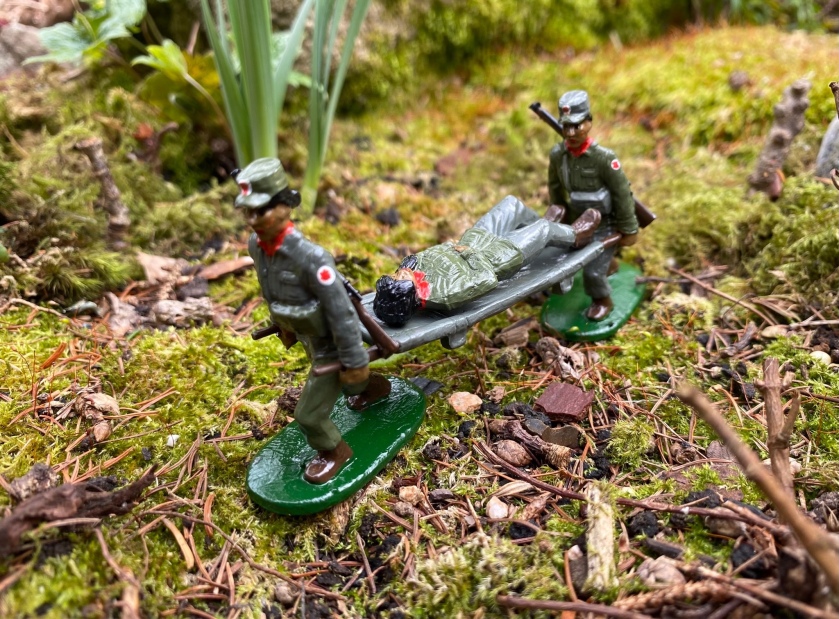 BMC team added a loose hair braid on this figure 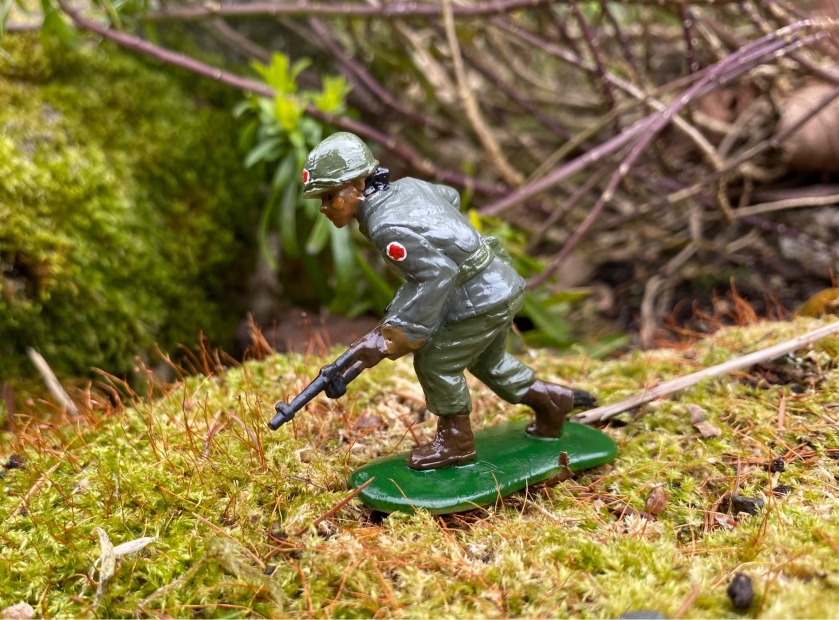 Nicely modelled prone sniper, could also be converted into an LMG with Multipose Bren Gun 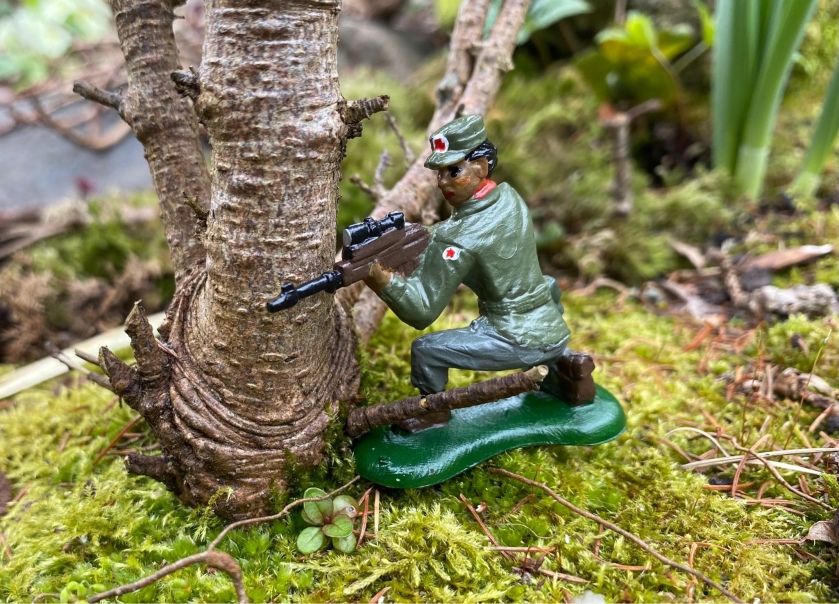 The uniform painting colour scheme is based on the film costume designs of Anna Duse (1908-1992) in The Magnificent Two film. 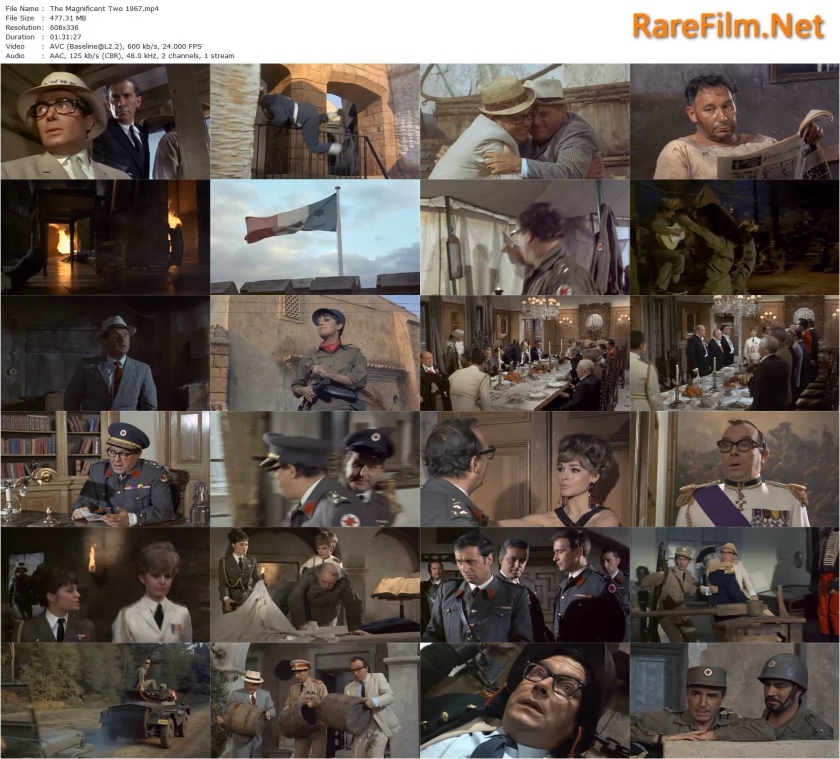 Some further uniform close ups from the RareFilm screengrab – tan uniforms are those of the President’s of Governmnet forces. Green are the revolutionary figures.

I took a few literal ‘screenshots’ of the TV to grab some more uniform reference details, however fuzzy on pause. There are some excellent short glimpses of a women’s cavalry unit

Some of the standing figures with the utility KP ‘Castro’ Field caps might make good dismounted cavalry figures.

I have yet to use my remaining Airfix Multipose scrap to convert any BMC figure to ones wearing the British WW2 steel helmet or tin hat for the Women’s Revolutionary Army figures.

and a spare Rosie the Riveter figure from BMC – Rosita the Riveter? – prior to varnish 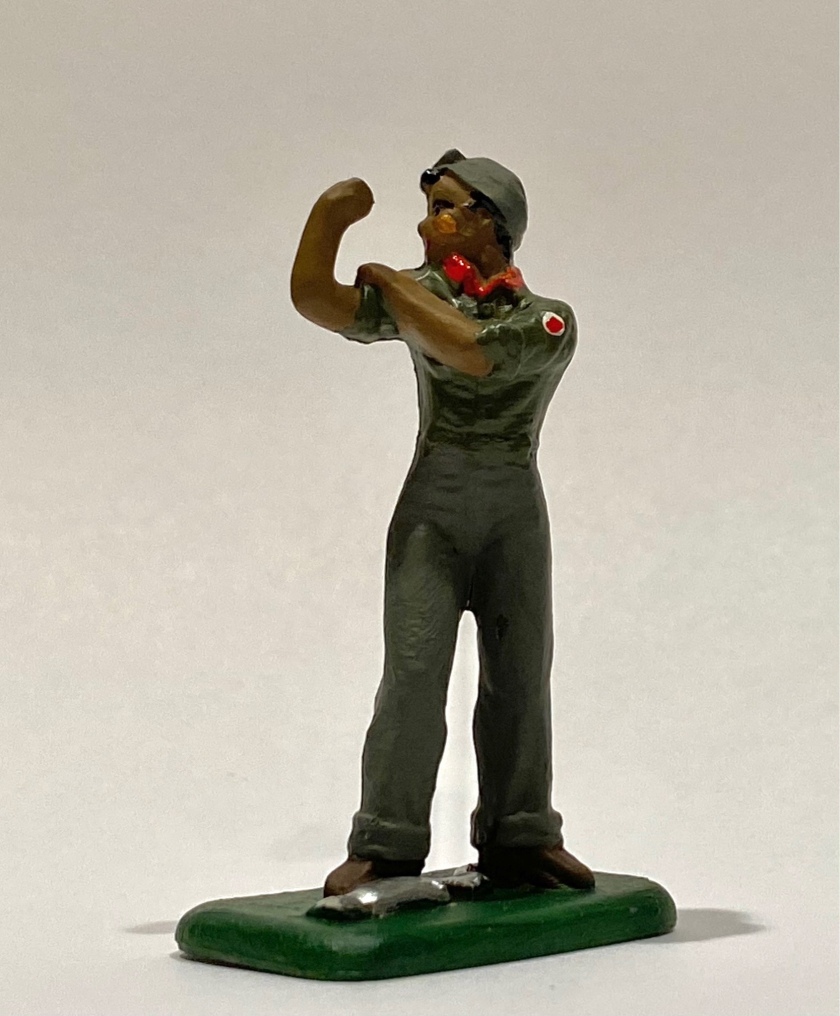 Next stop is to create some of the men’s Revolutionary Army figures and then some Government Troops in Tan from the much copied BMC and Timmee type pound store plastic figures.